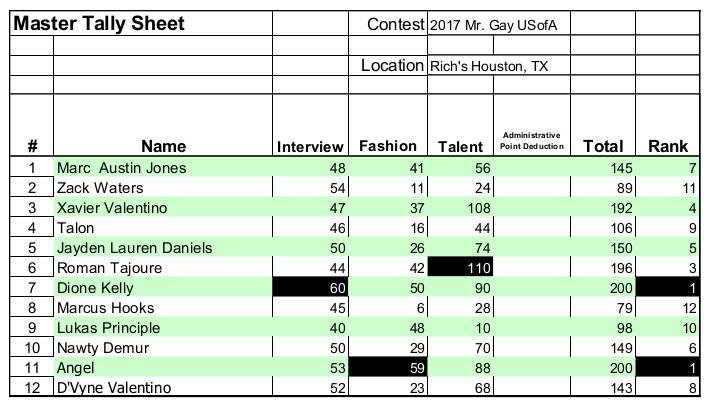 *In the event of a tie, the talent score breaks the tie.